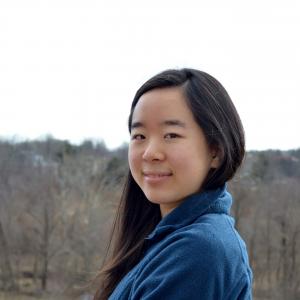 Julia Di co-founded the award-winning Columbia Space Initiative, a collective of “space nerds who like to build cool stuff.”

Electrical engineer, computer scientist, and roboticist Julia Di ’18 shoots for the stars—literally. As a sophomore, she co-founded the Columbia Space Initiative (CSI), a collective of “space nerds who like to build cool stuff,” many of whom have gone on to rack up numerous awards and accolades through the organization. But for Di, the group’s work isn’t just about launching feats of engineering into the heavens—it’s a way for engineering to helps us explore life’s biggest questions.

“Humans have so much to learn about ourselves and our world by studying the universe and answering questions about how and why we came to be,” she said.

Di, who won a National Science Foundation Graduate Research Fellowship and was named among “The 20 Twenties” of rising young aerospace talent by the Aviation Week Network and the American Institute of Aeronautics and Astronautics, sees exploring—and perhaps one day inhabiting—space as humanity’s ultimate challenge, a feat requiring extraordinary ingenuity. Helping to achieve that lofty goal prompted the Maryland native to join Professor Hod Lipson’s Creative Machines Lab, where she helps develop open-source robots that use sensor data and machine learning to tackle the kinds of tasks that have bedeviled roboticists for decades, such as walking.

“My work in the Creative Machines Lab is part science fiction,” Di said. “We want to eventually get to robot self-awareness, which would have applications to so many different fields like medicine and agriculture.”

In addition to serving as co-president, and recruiting Columbia Engineering professor and former NASA astronaut Mike Massimino as their advisor, Di led CSI’s first CubeSat team, which devises scientific experiments to conduct inside miniature satellites they hope to one day put into orbit. She also took part in NASA’s Micro-g NExT challenge, helping to design a microgravity anchor for spacecraft visiting asteroids that was selected for testing at the Neutral Buoyancy Lab in Houston. Additionally, she spent summers interning in the Flight Robotics Lab at NASA’s Marshall Space Flight Center in Huntsville, developing a robot arm to grip on to satellites with electrostatic adhesion, and in Lockheed Martin’s Space Systems division writing code to help improve robots’ and satellites’ computing capabilities.

Throughout, she’s always made time to mentor other young engineers. While remaining active in CSI, which has grown to over 70 members, Di is also president of Women in Computer Science (WiCS), which organizes panels, hackathons, and networking events. As a superuser at the Columbia Makerspace, she holds office hours each week to help train students and maintain equipment. After graduating this spring, Di will intern at Generation Orbit, a rocket startup, and pursue a PhD in mechanical engineering at Stanford studying robotics. Over the long term, she hopes to either lead her own space robotics research at NASA or found her own space startup.

“The learning never really stops,” she said. “I don’t know exactly what my future will entail but, whatever it is, I’ll be solving interesting problems.”

Original article can be found here.