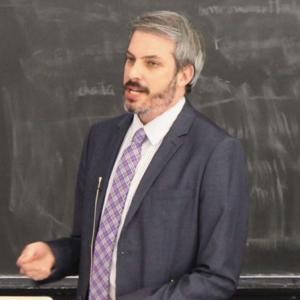 Ethan Katz-Bassett develops techniques and systems to understand and improve the reliability and performance of Internet services. His research interests include Internet-scale distributed systems, Internet measurement, routing, and content delivery. Because he designs his techniques to be deployable, some of his techniques are in widespread use at companies such as Facebook, Google, and Microsoft.

Designed decades ago, the Internet protocols are not well suited to current demands placed on them by streaming video, mobility, virtual and augmented reality platforms, and, increasingly, critical apps like assistive driving. Due to the distributed nature of the Internet, which is comprised of tens of thousands of independent (and often competing) networks, upgrading the protocols themselves has proved exceptionally challenging.

Katz-Bassett develops solutions to improve Internet performance that individual networks can deploy unilaterally, overcoming the limitations inherent to outdated protocols and distributed administration. His Sibyl system uses a rich model of routing to overcome protocol and vantage point limitations in order to answer a general class of queries, subsuming a range of operational and research needs to provide timely and accurate information. He and his students collaborated with Facebook to measure how the Internet’s limitations negatively impact the social media giant’s services, then designed and deployed a system that dynamically incorporates performance, demand, and application information into Facebook’s decisions of how to route traffic to its 2 billion users—while remaining compatible with the routing protocol used by the Internet.

Katz-Bassett also researches how to deliver Internet services, working on transport protocols that carry content to clients and on content delivery networks (CDNs) and cloud-based distributed systems that host the services. A collaboration with Google sped up client connections by 23% by modifying how Google servers identify and recover from packet loss. Katz-Bassett developed techniques to enumerate and locate all CDN servers, uncovering a massive change in strategy by Google. This finding in turn influenced Microsoft’s strategy, with whom Katz-Bassett and his students collaborated to improve CDN performance for the company’s users.

He joined the faculty of Columbia Engineering in 2017. Previously he worked at Google and taught in the Department of Computer Science at the University of Southern California, where he was the Andrew and Erna Viterbi Early Career Chair. Katz-Bassett earned his PhD in computer science from the University of Washington in 2012 and his BA from Williams College in 2001.