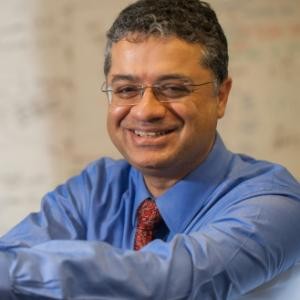 Vishal Misra’s research is in the broad area of networking. His work includes both developing mechanisms that make networks work better and faster, and also investigating the economic models that underpin the Internet and their impact on public policy like Network Neutrality. His approach to research is to incorporate fundamental theories like control theory, queueing theory, information theory, and game theory in the design and analysis of networks.

Vishal has worked extensively in the design and analysis of congestion control mechanisms, both for the Internet as well as for data centers. His work, based on applying classical control theory to differential equation based model that he developed for Internet traffic, has found its way into becoming part of the DOCSIS 3.1 standard for cable modems and is being deployed worldwide. He has also played a very active role in the public policy debates related to Network Neutrality and the strong recent regulations passed by the Indian and Canadian regulatory authorities are in line with a definition of Network Neutrality he has proposed.

He received a BTech from IIT Bombay in 1992, and an MS and PhD from the University of Massachusetts at Amherst in 1996 and 2000 respectively. He is a fellow of the IEEE.